A new initiative aimed at showcasing Scotland’s rich heritage on television screens around the world has been launched today between Screen Scotland and the country’s heritage, tourism, events and natural environment organisations.

Access: Scotland will build connections between Scotland-based producers and VisitScotland, EventScotland, Historic Environment Scotland, NatureScot and the National Trust for Scotland, increasing the potential for more returnable TV series about Scotland, its heritage, environment and culture on broadcast and streaming channels around the world.

Screen Scotland has worked with VisitScotland, EventScotland, Historic Environment Scotland, NatureScot and the National Trust for Scotland across the end of 2020 and into 2021 to bring all organisations together behind Access: Scotland. Each agency has projects, properties, and people in their organisations that are open to working with TV producers to deliver enhanced opportunities to showcase Scotland.

A total of £50,000 of Scottish Government and National Lottery funding has been earmarked to support up to five Scotland-based production companies through the Access: Scotland project to take forward proposals for access-driven programme ideas in genres such as documentary, science, history, arts, and popular factual.  Series proposals will be expected to offer the fresh presentation of Scotland, its heritage, history, people and modern culture to television audiences across the UK, and internationally.

Dani Carlaw, Screen Scotland’s Head of Unscripted said: “Access: Scotland is part of a drive to help increase market opportunities in unscripted for Scotland-based production companies by enhancing support for the potential commissioning and distribution of high-visibility returnable TV series on broadcast and streaming channels.

“Working with our partners across Scotland’s heritage, historic built, tourism, events and natural environment, Screen Scotland will support companies to win commissions that unpack the rich history and continuing value, work and appeal of our locations and the hard-working teams who maintain these jewels in Scotland’s crown. We hope that once Covid-19 restrictions allow, these programmes will also serve to draw visitors from across the world, back to our shores.”

Dani will be joined by Screen Scotland’s Head of Business and Market Development, Louise Acheson, and Director of Screen, David Smith to host a Virtual Briefing session about the initiative, along with representatives from the project organisations from 2pm–3pm on Thursday 28 January.  To register your attendance, click here.

The Access: Scotland initiative is one of a series of measures being put in place to boost unscripted development and production opportunities in Scotland, including those ongoing with Channel 4 Daytime, BBC Two Factual and BBC Scotland, Channel 4 Factual, and Sky Documentaries.

Culture Secretary Fiona Hyslop said: “This is a creative way to highlight Scotland’s incredible built heritage and natural landscapes by unlocking access to them.

“The Scottish Government is supporting the growth and development of our TV sector to help companies bring new ideas and projects to the market and to support our economic recovery.

“Our dedicated screen partnership Screen Scotland and our heritage, tourism and events agencies are working together to apply their specialist skills to enable TV companies to develop compelling proposals to portray our country and our stories on screen.”

Audrey Jones, Head of Business Development and Filming at Historic Environment Scotland said: “As an organisation which champions and supports Scotland’s heritage, we’re pleased to be a partner in this new initiative which encourages ideas from Scotland’s filming and production sector to use the historic environment to create new content ideas to share with audiences both here and around the world.

“Given the continued challenges facing the creative sector and many others across Scotland, it’s great to be able to support and work with Screen Scotland and partners across the tourism and heritage sectors and we look forward to seeing the shortlisted ideas.”

Jenni Steele, Film and Creative Industries Manager at VisitScotland said: “Scotland has a wealth of stories and this is an ideal opportunity for our colleagues across the cultural, heritage and tourism sectors to work with filmmakers to help create inspiring content that engages viewers.

“Our landscapes have long provided mesmerising backdrops to many top productions and seen viewers translate into visitors as they come to not only take in those same locations but immerse themselves in the real Scotland. TV and film productions which explore Scotland’s stories continue this screen tourism trend by providing a shop window to our culture and heritage.”

Stewart Pritchard, NatureScot’s Nature Reserves Senior Adviser said: “NatureScot is very pleased to be supporting Screen Scotland and the country’s tv production sector in looking for new ways to share the best of Scotland’s nature, develop people’s understanding and appreciation of our dependence on nature, and to reach new audiences.”

Anna Rathband, the National Trust for Scotland’s Film & TV Manager said: “The National Trust for Scotland welcomes this innovative initiative.  Our experience has shown that film and TV production companies love the variety of settings Scotland can offer to their productions.  We ourselves have facilitated the use of properties like Glencoe, St Abb’s Head, Pollok House and Culross in productions as diverse as Skyfall, Outlander, Outlaw King, Secret Scotland with Susan Calman, Landward and Antiques Roadshow.

“We’re delighted to support Access: Scotland as a means to bring even more productions to Scotland and gain further worldwide recognition for this beautiful, dynamic and diverse country we live in.”

Screen Scotland is the dedicated partnership for screen in Scotland. Sitting within Creative Scotland, it is a partnership with Scottish Enterprise, Highlands and Islands Enterprise, Skills Development Scotland, Scottish Funding Council, working in close collaboration with the sector to ensure its success. With funding from Scottish Government and The National Lottery, Screen Scotland is driving the cultural, social and economic development of all aspects of the sector in Scotland, through enhanced funding, services and support. For further information please visit: screen.scot, and follow us on Twitter @screenscots and @screenscots on Instagram. 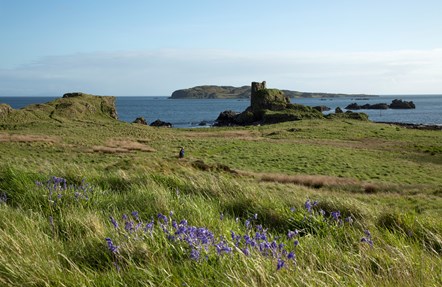