Nine Edinburgh-based projects are sharing over £145,000 Scottish Government and National Lottery funds through Creative Scotland in the latest round of Open Fund awards.

A digital drag show from Edinburgh drag queen, Mystika Glamoor; an exciting wave of music making focused on the arrival of COP26 on our shores from Oi Musica; a new writer mentoring programme from Wildfire Theatre; and new music from traditional music ensemble, The Whistlebinkies are among 45 projects across the country to be awarded over £732,000 last month.

These funds are supporting a diverse range creative people, projects and organisations across Scotland to adapt and respond to the current changing circumstances brought about by Covid-19 and helping to sustain creative development at this challenging time.

Featuring a variety of experimental local drag performers and LGBT+ performance art, GLAMOOR, THE KWEER KABARET which originated at Edinburgh’s The Street bar is moving online.

On receiving funding, Oskar Kirk Hansen, who will be hosting as his alter ego Mystika Glamoor, said: “This funding from Creative Scotland allows me to support myself as a full-time artist, and most importantly to give back to the wider community of LGBT artists in the line-ups of my shows throughout the rest of the year. I truly hope this is part of a turning point in Scottish drag that will make our community stand up for what it’s worth, so we can truly start to see ourselves as professionals.”

Building on work in 2020 with musicians including Karine Polwart and Heather Macleod, Let it Grow is a new musical response to COP26 from Edinburgh-based artist-led music organisation Oi Musica.

Oli Furness, Co-Director of Oi Musica said: "We are particularly excited about supporting youth creativity, about building connections across communities and creating a focus for grassroots and lifelong learning projects as they emerge from lockdowns and COVID restrictions."

New Voices from Wildfire Theatre is a digital project that will see the professional performance of up to ten pieces of new writing from new writers who will receive professional mentoring.

Director Pauline Lockhart says: “This project will encourage untapped creativity and provide an exciting outlet for that talent. It’s imperative that we give opportunity to these new voices and I’m really excited about the talent this project might uncover!”

Whistlebinkies' fiddle and concertina player Stuart Eydmann says: “It was an honour for the Whistlebinkies, and for Scottish music, when the distinguished 20th-century American composer John Cage created the work featured in this world-premiere DVD recording.”

Iain Munro, CEO, Creative Scotland said: “We are committed to supporting a diverse mix of artists and creative groups through the Open Fund, in communities throughout Scotland. Many of the projects supported will spark a timely discussion over issues such as climate change, as well as a commitment to greater inclusion of underrepresented groups in the arts.”

“Thanks to the generosity of National Lottery players, who raise £30 million for good causes across the UK every week, and funding from the Scottish Government, these awards play an important part in enriching the lives of people throughout Scotland.”

Creative Scotland is the public body that supports the arts, screen and creative industries across all parts of Scotland on behalf of everyone who lives, works or visits here. We distribute funding provided by the Scottish Government and The National Lottery. Further information at creativescotland.com. Follow us on Twitter, Facebook and Instagram. 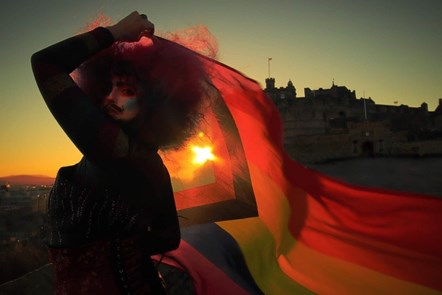