14 projects based in Edinburgh have received funding in the latest round of Open Fund awards from Creative Scotland.

They are among 58 projects across Scotland which are sharing over £1.6 million of National Lottery and Scottish Government funding.

These funds are supporting creative people, projects and organisations across Scotland to adapt and respond to the current changing circumstances brought about by Covid-19 and helping to sustain creative development at this challenging time.

Among the work supported in Edinburgh is Building Bridges, a major new programme from Artlink Edinburgh and the Lothians that will make connections with and for people with complex disabilities, addressing their experience of isolation and marginalisation, which has been exacerbated by the Covid-19 crisis.  The programme will be centred on art reaching people in their homes and communities as part of newly established creative networks, with cultural productions that create exciting challenges for a diverse group of artists.

Jan-Bert van den Berg, Director, Artlink Edinburgh and the Lothians, said: “Artlink are very pleased to receive this major support from Creative Scotland at such a challenging time. The experience of the pandemic has had a devastating impact on people with complex disabilities and their carers. The Building Bridges programme will continue to build on the incredibly inventive work that artists have supported over the last 11 months and strengthen the growth of creative community involvement.”

Edinburgh-based Neo Productions will develop a new play with music, written by Neo Vilakazi, about black American anti-slavery hero, Frederick Douglass.  Born in 1818, Douglass became an eminent human rights leader and the first Black citizen to hold high rank in the U.S. government. To an American audience, Douglass is perhaps the most famous fugitive from slavery, but in Britain and Scotland in particular, he is less well known, despite the fact he achieved great celebrity status in the mid-19th century, including while on a two year speaking tour of Great Britain and Ireland.

Neo Vilakazi said: "I'm delighted to be given the opportunity by Creative Scotland to bring to life the story of Frederick Douglass' time in Scotland, at a point where Scottish history is being closely re-examined to find BAME voices that have been suppressed in the past.  We hope that telling this story will shine a light not only on Mr Douglass's time in Scotland but will contribute to making Scotland a much more tolerant place for all who live in it."

“Thanks to the generosity of National Lottery players, who raise £30 million for good causes across the UK every week, and funding from the Scottish Government, these awards are helping to sustain the great value that creativity brings to our lives.”

The fund has no deadlines, and full eligibility criteria and application guidance can be found on the Creative Scotland website.

Image credit: Work from the Art Games project Artlink Edinburgh and the Lothians have been running in St John’s Hospital, Livingston with artist Vanessa Lawrence and The Collective Matter range produced by KMAdotcom.

The National Lottery has raised more than £41 billion for more than 565,000 good causes across the UK since 1994. Thanks to National Lottery players, up to £600 million has been made available to support people, projects and communities throughout the UK during the Coronavirus crisis. https://www.national-lottery.co.uk/

Creative Scotland is the public body that supports the arts, screen and creative industries across all parts of Scotland on behalf of everyone who lives, works or visits here. We distribute funding provided by the Scottish Government and The National Lottery. www.creativescotland.com 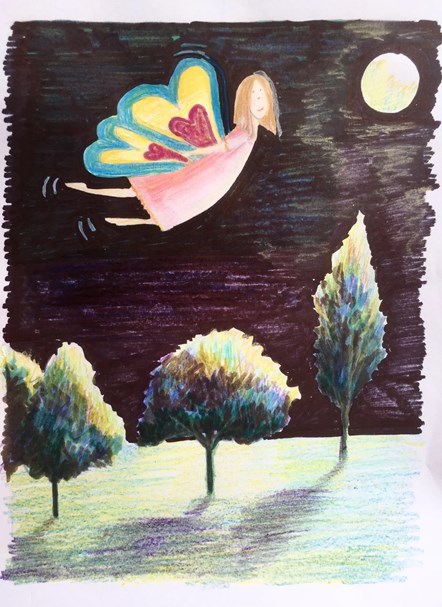