Youth groups, schools, community organisations, activist groups and individuals of all ages, abilities and filmmaking experience will soon be invited to take part in a major Challenge to create 90‑second short films in response to climate change, to be screened in and around this November’s UN Climate Change Conference (COP26).

Led by Film Access Scotland with support from Screen Scotland and Keep Scotland Beautiful, the Climate Challenge: 1.5 Degree Films project will invite people to make films to share their thoughts and ideas about climate change and how it is affecting us as individuals, our surroundings, families and communities. Local filmmaking training and support will be provided to groups in Scotland from film educators based in community hubs and within partner arts and cultural organisations. Regardless of background, age or filmmaking experience, anyone anywhere can submit a film to the Challenge, with resources available online to help people get started.

Films must be short, only 1.5 minutes long – like the hoped-for maximum limit on global warming of 1.5 degrees – and can be made using any technology, including smartphones and tablets. Films will be available online, providing a platform for sharing views on climate change. Many will go on to be screened at fringe events in Glasgow during COP26 and there will be a special celebratory event in December where films will be awarded commendations and prizes. Submissions from young people aged up to 25 years will automatically be entered into Film Access Scotland’s film festival in November.

Chief Executive of Film Access Scotland, Natalie Usher said “Global leaders will come together in Glasgow at COP26 to discuss urgent climate action to limit global warming to 1.5 degrees. This Challenge invites you to make 1.5 minute films to join the climate debate and help us create a collective snapshot of this response to climate change. Through the filmmaking support offered by the project, we want to connect people with arts and community organisations across Scotland in order to facilitate public engagement and awareness about climate change.”

Scott Donaldson, Screen Scotland’s Head of Film Education said: “We all have a huge stake in the outcome of COP26 and everyone has a story to tell about their relationship with the environment and climate crisis. Film Access Scotland’s open access Film Challenge will inspire people to learn more about the climate crisis, promote greater public engagement with environmental issues and support people across Scotland to make films and have their voices heard at the COP26 and beyond.”

Barry Fisher, CEO of Keep Scotland Beautiful said: “To become a Net Zero Nation, the people of Scotland need to be supported to understand the Climate Emergency and identify actions we can take as individuals and as a nation to tackle it. Our experience working with people across Scotland is that ordinary citizens are some of the best climate change communicators, sharing messages in culturally relevant ways that resonate with their own friends, families and communities. That’s why we are delighted to be a partner in this project, giving a voice to people across Scotland and encouraging action on climate change at every level.”

If you are a representative of a group based in Scotland that would like to submit your expression of interest in participating, email info@filmaccess.scot.  To keep up to date with latest developments, use #90SecondClimateFilms and visit Film Access Scotland.

Full details about the Climate Challenge: 1.5° Films project including eligibility criteria and submission deadlines will be announced in July 2021.

In November 2021, COP26 will bring together leaders from all over the world to commit to urgent worldwide climate action that will reduce carbon emissions globally. COP26 is being hosted in the UK for the first time, with Glasgow selected as the host city, and will be the largest summit ever held in the UK.

Screen Scotland is the dedicated partnership for screen in Scotland. With funding from Scottish Government and the National Lottery, Screen Scotland is driving the cultural, social and economic development of all aspects of the sector in Scotland, through enhanced funding, services and support. Screen Scotland sits within Creative Scotland and is a partnership with Scottish Enterprise, Highlands and Islands Enterprise, Skills Development Scotland, Scottish Funding Council, working in close collaboration with the sector to ensure its success. Find out more at screen.scot and follow us on Twitter and Instagram. 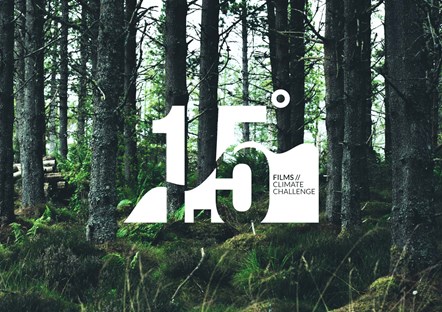