Further to our announcement last week regarding the Cancellation Fund for Cultural Organisations, we can confirm that guidance for organisations seeking to apply to the fund has now been published.

The Fund will open for applications at 2pm on Wednesday 26 January and will close at 2pm on 02 February.

We encourage any organisation intending to apply to familiarise themselves with the guidance and application criteria in advance of submitting an application.

£31.5m has been made available by the Scottish Government. £25m has been allocated to the Cancellation Fund for Cultural Organisations, with the remaining £6.5m being held in reserve for further sector recovery, including a fund for independent cinemas, which will open in early February.

This follows on from the £10m Cancellation Fund for Freelancers, which opened for applications on 06 January, and remains open for cultural freelancers who have lost income due to cancellations to apply to. 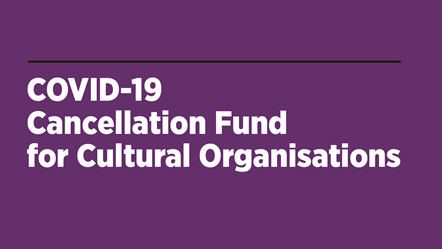